When I recently, a wet and dull afternoon photographed THOMSON CELEBRATION departing Aalborg from a grass field at the bank of Limfjorden, I somehow was “closing the circle”.

With that photo-shoot my very latest and my very oldest photo file captured with a digital camera now features the same ship. I realised that when I saved the THOMSON CELEBRATION files in my archive yesterday, where the view mode of some reason was put on “ascending order”.

So up as the first previewed file went “Noordam_001”. Dating from June 28th 2002, fifteen years ago, when she called Aarhus still bearing her HAL-name. That summer I just got my first digital camera, a Nikon E995.

I strongly believed in the future of digital photographing, so my fine fleet of second hand analog Olympus OM’s and Canon EOS’s was soon up for sale. When browsing through my files from the following four or five years there is no doubt that the shift, which soon was followed up by new third and fourth generation digital cameras, came with a cost photo quality-wise.

For me my whole analog-to-digital-journey was first completed when I finally could afford a digital full frame SLR, and in my opinion, the true digital revolution was actual the invention of RAW-shooting years later. I wish I had that option back in 2002 to cure that totally burnt-out superstructure of the poor NOORDAM. 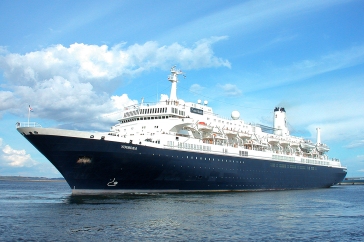 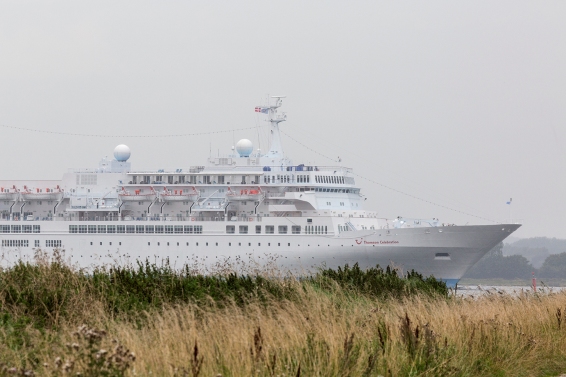 My second cruise ship captured in Aarhus that summer of 2002 with my new camera was MARCO POLO. That same ship is also on some of my latest photos, when she this summer passed Cuxhaven outwards to the North Sea.