Car ferries to both Jutland and Zeeland connect the Kattegat island of Samsø. The west-route to Hou 30 km south of Aarhus and the east-route to Kalundborg 100 km from Copenhagen. Both lines are public subsidised, or owned – and underwent several changes in operators, ports and tonnage the past five years. 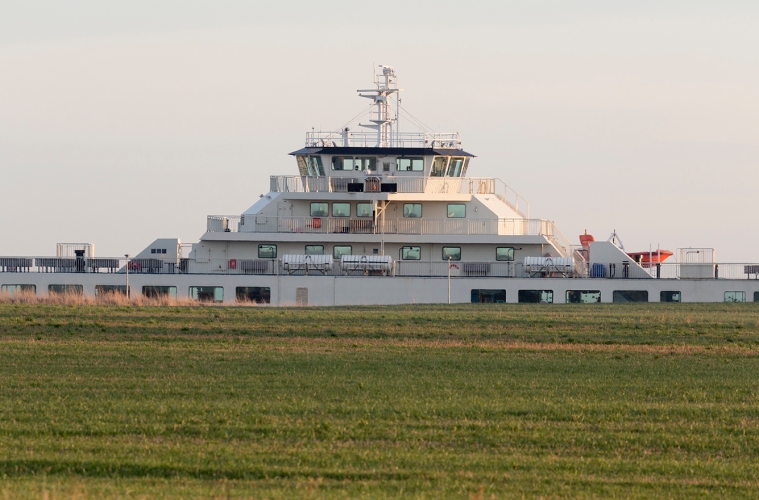 SAMSØ appears behind a field at the new Ballen ferry harbour. 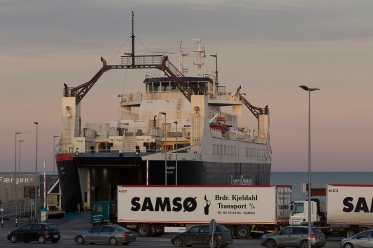 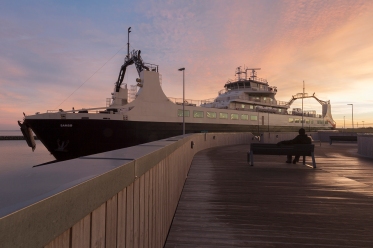 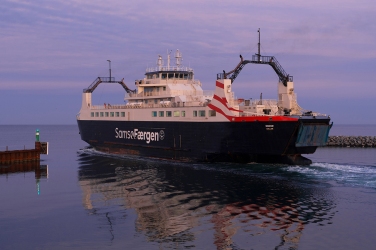 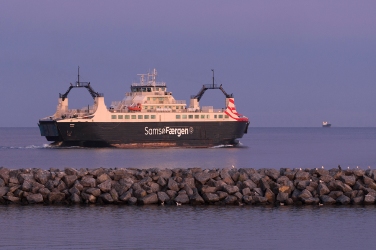 And now heading towards Zeeland and Kalundborg. 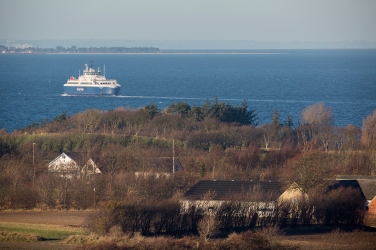 Municipality-owned LNG-powered PRINSESSE ISABELLA photographed from the hill Dyret (The beast or maybe just the animal). 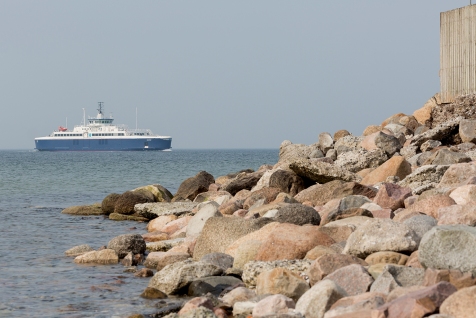 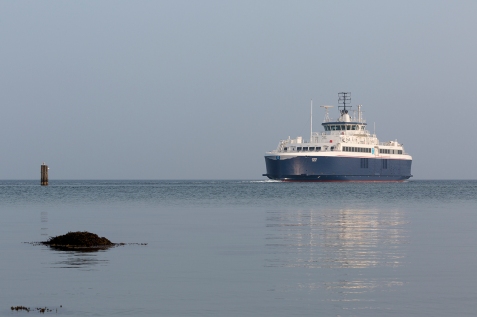 The naming of Samsø’s present ferries is a bit complicated. The municipality of Samsø introduced their new building in 2014 with the obvious name SAMSØ, promotion the local community, but later renamed it after the second oldest child of Crown Prince Frederik of Denmark, Princess Isabella, born 2007. Danske Færger quickly snapped the name to their ferry on the east-route, formerly named KANHAVE after an old man-made channel from the Viking age on the island. 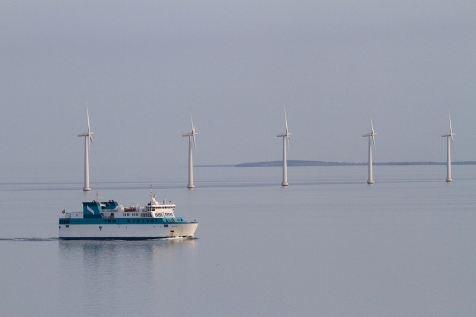 Back in 2011 Danske Færger traded under the brand Nordic Ferry Service on both the east- and west-route. Here the ferry KYHOLM on the Zeeland line heading south off Samsø towards the small harbour at Kolby Kaas, used for the east-route until the opening of the new Ballen facility. 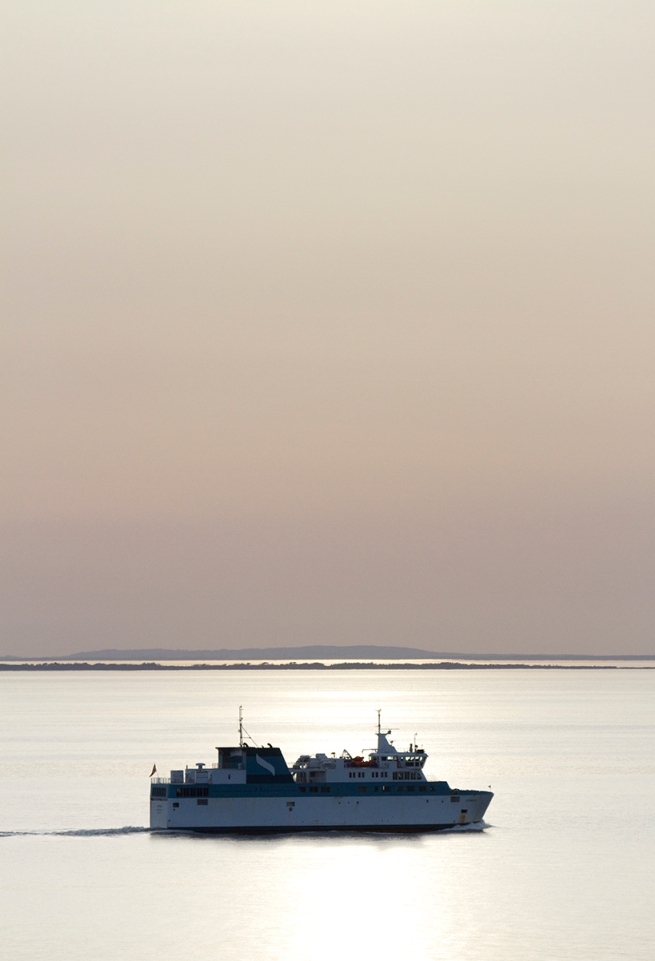 These two KYHOLM-photos are photographed from the Vesborg Lighthouse located on the southernmost tip of the island. The name Kyholm originate from a small-uninhabited island northeast of Samsø. 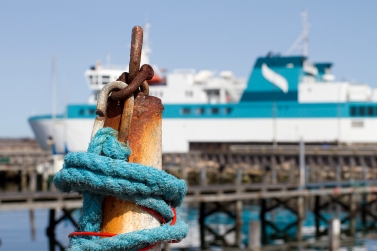 KYHOLM at Kolby Kaas in Nordic Ferry Service livery with a funnel logo inspired by a rope. 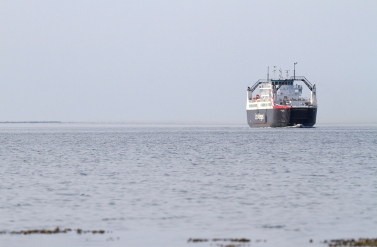 KANHAVE was originally built to the west-route. Here the ferry arrives at Sælvig from Hou back in 2011. 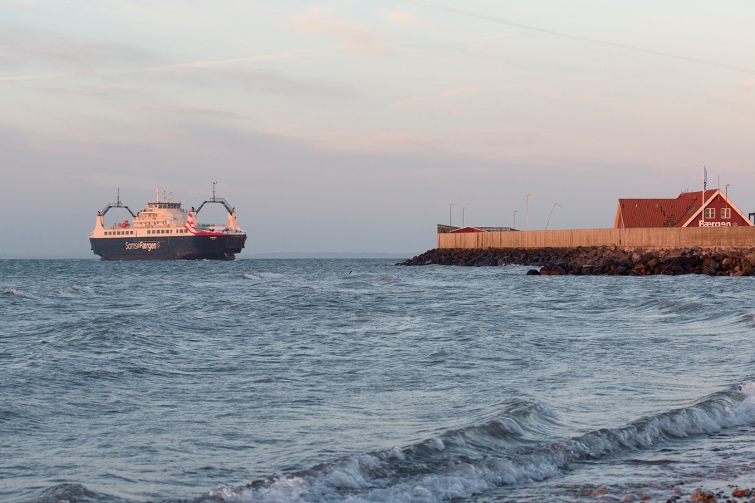 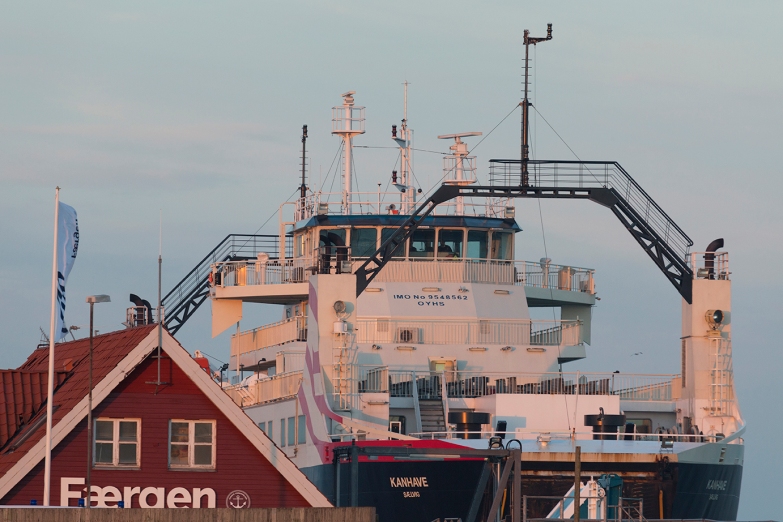 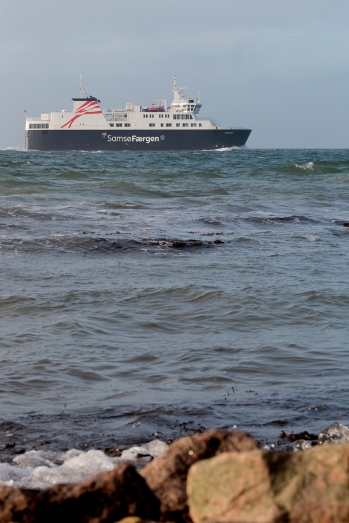 Now KYHOLM rebranded in the livery of Danske Færger in 2013. 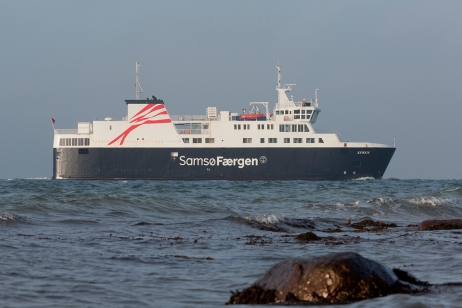 The ferry is photographed from the coastline just east of Kolby Kaas harbour a December morning. 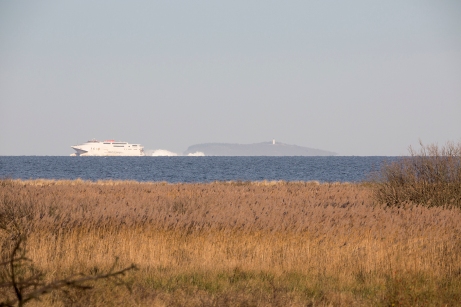 Finally a few shots from the northernmost part of the island, Issehoved, overlooking the Aarhus fairway, Djursland and another un-inhabited island, Hjelm. 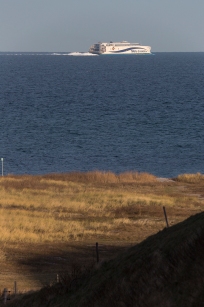