Two of the characteristics of The Port of Grenaa today are Stena Line’s southern Kattegat-route connecting Jutland with Varberg in Halland and Fornæs’s shipbreaking activities. Especially the varied selection of ships in for demolition always makes a stroll around the harbour interesting.

Through the installation period of Anholt Offshore Wind Farm 13 nautical miles off Grenaa in 2012 and 2013, Grenaa was the busy main hub for the whole construction operation. Today the port still acts as the base for the daily running of the 111 Siemens Wind Power turbines, with permanently stationed crew transfer vessels, owned by Ørsted.

Properly one of Port of Grenaa’s longest established present activities is a life-line ferry route to the, by Danish standards very remote, island Anholt. The 2 hour and 45 minutes long service is by far the lengthiest domestic ferry line in Denmark, and is a very recommendable ferry trip to go for, for any one interested in ferries and their diverse operations.

One of the later fields of business activities that has a clearly visual impact on The Port of Grenaa, is the laid-up offshore rigs. Port of Grenaa has had its heydays as a very busy ferry port with up five different ferry routes.

Since the mid-nineties the port have only had the one to Sweden and the life-line to Anholt, but recently Stena Line announced that they in the coming years will introduce two-ships operation out of Grenaa, while also changing the Swedish port of call from Varberg to the more southerly located Halmstad. A move that will separate the southern Kattegat-route more from the Swedish ferry-giant’s main Kattegat-corridor between Frederikshavn and Gothenburg. 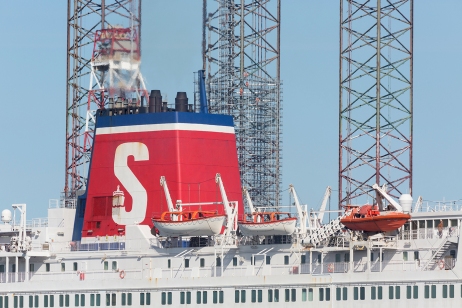 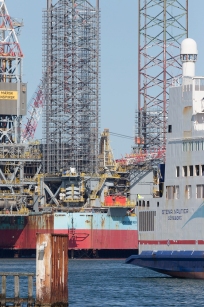 In the background, the Maersk Drilling’s rig MÆRSK INSPIRER 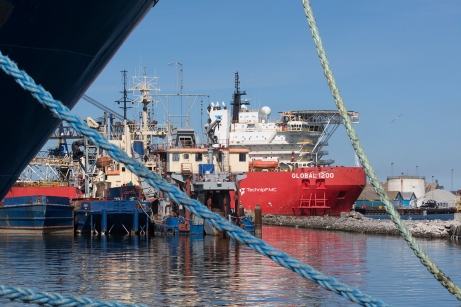 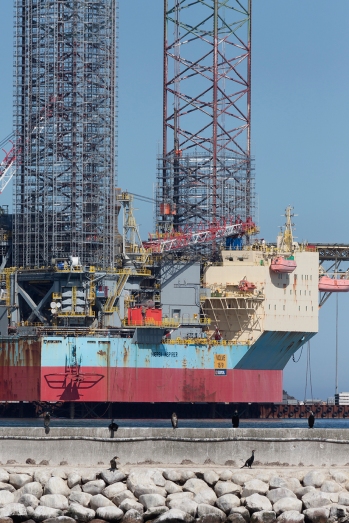 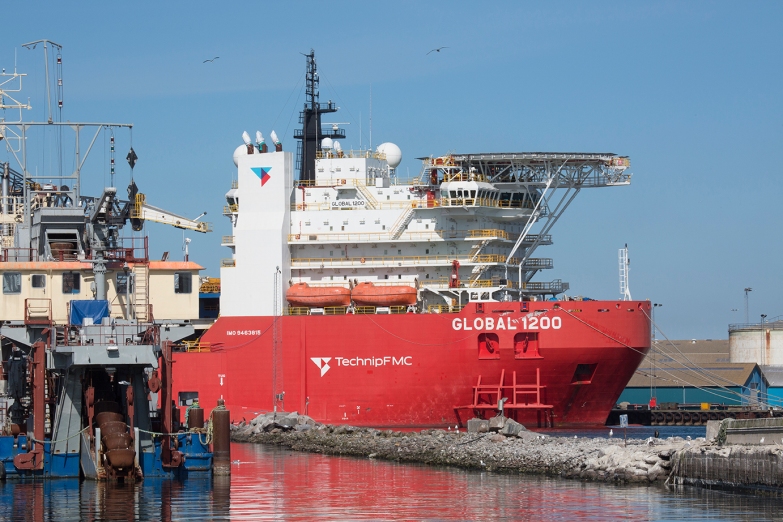 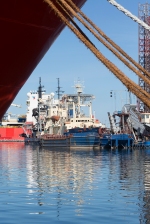 Vessels from the huge Danish shipping company RN Group, which among other things is specialised in harbour construction 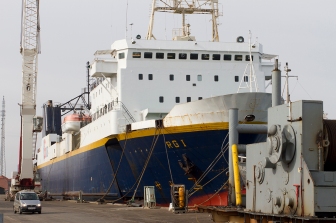 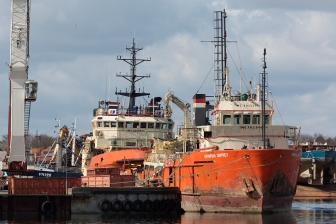 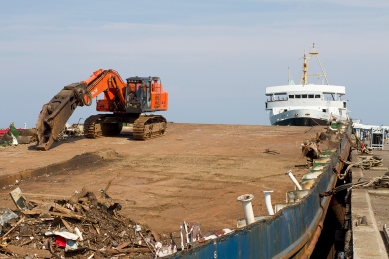 The ro/ro-ship CLARE stripped down the its main deck. In the background the former CALMAC ferry JUPITER awaits the same procedure. 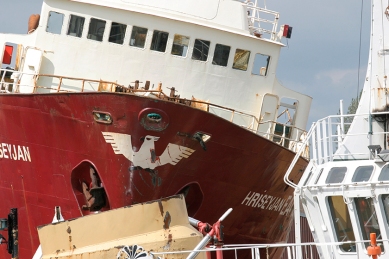 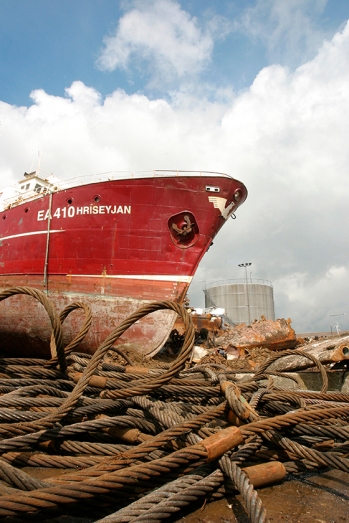 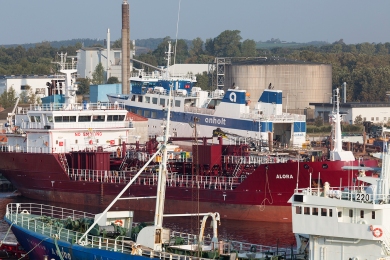 ANHOLT on the stock at the local ship yard 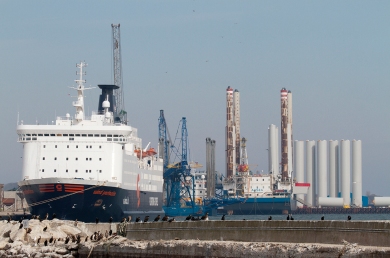 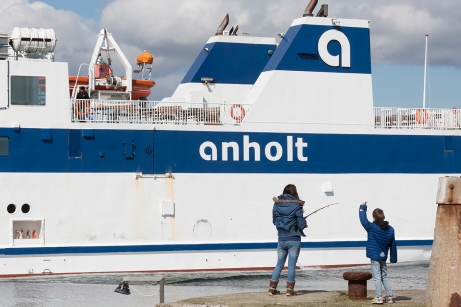 ANHOLT arrives from the remote island form which the ferry is named. 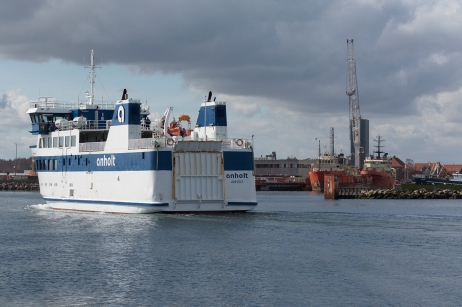 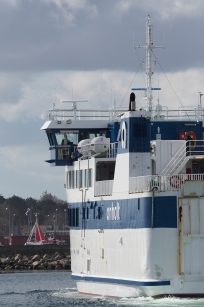 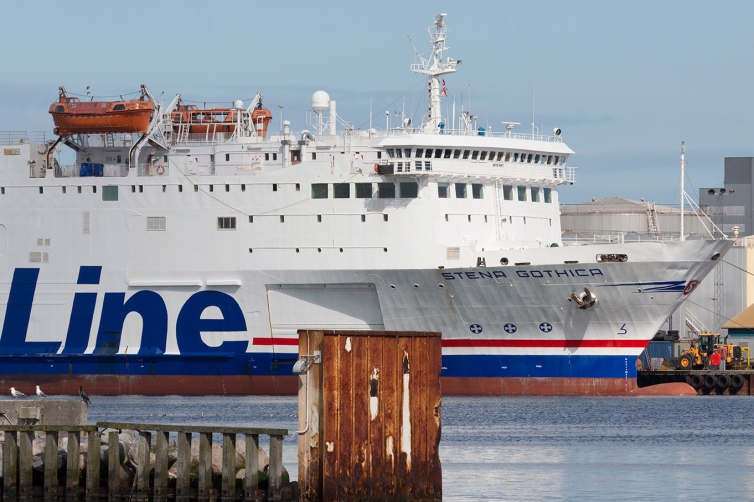 STENA GOTHICA as a stand-in for STENA NAUTICA 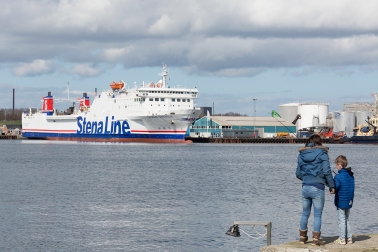 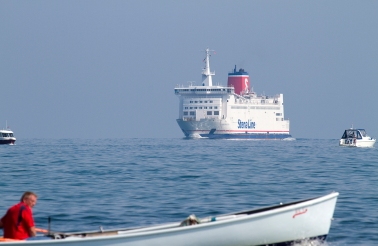 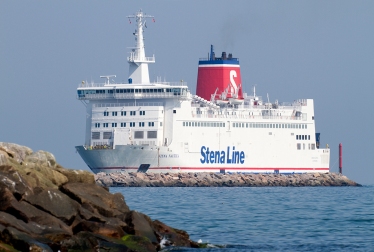 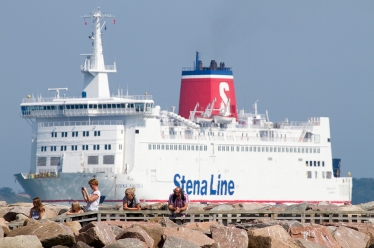 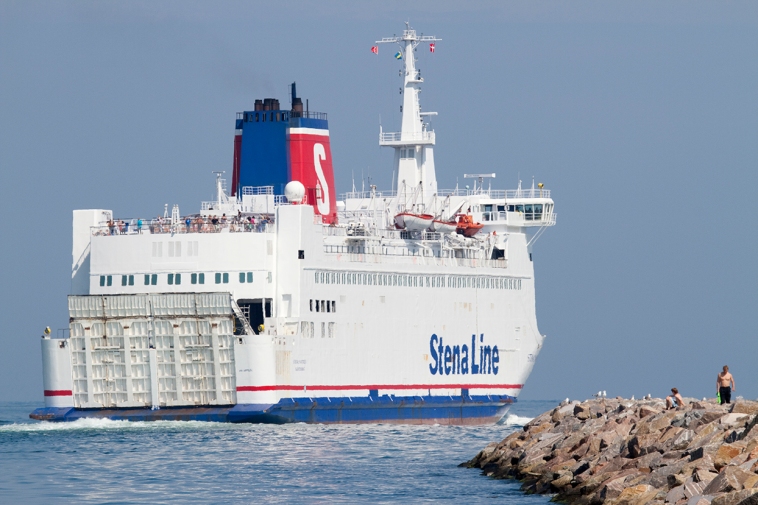 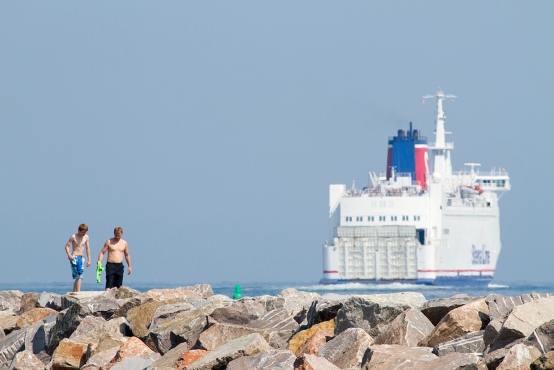 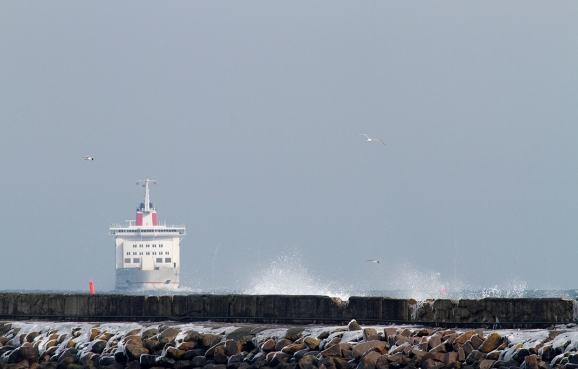